The internet and YouTube are a wonderful things. I find on the internet people are usually so nice to each other and I have made many friends this way. I like to share my love of life, ballet, opera and science and this way I meet people who in real life I would never have had the chance to know. I like to leave comments, as having a YouTube Channel myself I like to receive feedback but sometime as I found to my cost over the last few days I can be horribly wrong.

I had commented on comment that an acquaintance of mine had posted on  a video on a new recording of  Die Winterreise . Innocent enough but a Bogdan Pau left a rather nasty comment about this that I stupidly answered. I had no idea who Bogdan Pau was but the impression I was given that this was a male academic ,Bogdan Pau, whoever he is, was quick to tell me of his academic credentials and how it is impossible for him to carry on a conversation with such an illiterate women who has only read Shakespeare, Proust, Mann and the complete works of Freud and then suggested that I should read Memoirs of a Anti Semite as I might learn something. This Bogdan Pau informed me that he, I presumed it was a  he that:


I do remember recommending you the central-eastern literature, the so callled Mitteleuropean literature.  from a rethorical point of view ( that means you should have read aristotel, cicero, quintilian.. and I could mention others , but you are still at Mann and Proust) that's a huge error... that proves that You are not quite capable of grasping the central element of e message and replying to that element ...


I unwisely remarked that his English was a little difficult to comprehend and received this:

when you dear lady will be capable of writing  more then  7 languages  ( that includes classical latin and greek) - even with mistakes- then  we could talk equally
when you dear lady will have three university degrees in three different specialities ( in three different countries) and a PHD form a top swiss university, then we could talk equally .... having a consérvatoire de musique and making solfegios all your life is not quite the same......
quid ( that's a latin word)  what  should be an educated person? that's a more complex subject and  I do not have the time and the patience to treat it here

Bogdan Pau had as Jane Austen puts it so beautifully in Pride and Prejudice  Insulted me in every way possible in public for all to see forever and is obviously proud of his achievement. Unknowingly he touched on two subjects on which I have a very raw nerve. That of Die Winterreise Schubert  which my husband and I sang just before he died and the persecution of the Jews. Calling or hinting that someone may be an anti semite is dangerous ground at the best of time and to be avoided

I was very cross as can be expected from any woman of my age who has had to put up with this sort of treatment  so I decided to find who this Bogdan Pau might be who had written in such a cruel fashion and put it in this blog for posterity.  I left this message on the comment then I did a Google and I came up with a female French Lawyer who specialised in human rights and a young woman . It struck me then I might have been naive and this young woman who was either being cruel or having a joke at my expense. I did write the blog but something made me hold back and I did not post it.

Just as well for it seems that this was indeed a  woman who says she has three university degrees and can speak 7 languages. Evidently the original post was not meant for me. She/He pointed out that I could be her grandmother and people of my age do not deserve respect. She is possibly right. I was stupid not to check earlier but she was equally wrong not to inform me that I had made a mistake or apologise simply by saying she had replied to the wrong comment.

Obviously I cannot trust this person and I have still no idea of who this could be. It could still be someone playing a rather nasty joke but I have learned another lesson not to take a comment on trust and to do a Google. Anyway for anyone who looks up Bogdan Pau on Google be careful as you might be in for a nasty surprise but at least the world will have been warned or she could be just a silly girl who may live to regret a moment of madness.

Posted by Janette at 1:17 PM No comments: 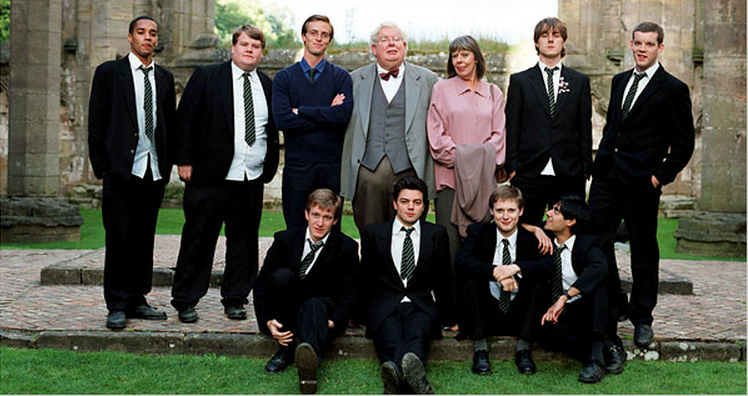 Having just watched Alan Bennett's The History Boys on the BBC this week I can see why it is a chosen play. I was so impressed I watched it twice.

Being of another age and a girl I went to school but received no education. I wanted to take GCE English literature but three weeks before the exam I did not even know what the set books were. Then I met a teacher like Hector who saw I had potential and in three weeks taught me the three books one of which was The Selected Poems of Thomas Hardy. She told me that these poems would be with me for life and I still quote them from memory. She was right.

This woman was my entire education. She taught me the love of literature and poetry but more importantly how to learn and question in just ten days. She was appalled at my spelling and said it was a mark off for every mistake!The way she interpreted the love poems written by a man in his seventies has left a lasting impression. She said it was impossible to complete the three books and I never read the complete novel The Rover by Conrad but she handed me the crib and said get as far as you can. I should not do this under any other circumstances.

I was bright! Although I was actually working at the time, a yes I was a professional child actor, I just did it. I took the exam. The only girl in my school to do so.When the results came up I had 87% but as Mrs Payne for that was her name, gave them to me she said. Pity about your spelling. We shall never know your true academic worth! This mattered not to me as I knew I was not going to be one as I was going to be famous on the stage. In some ways I did achieve this!

I married an Oxford educated GP Miles RC Heffernan so I know all about Oxford. Alan Bennett got it absolutely right in his play. My husband said at Oxford some entrants only write a page of the exam and yet still gain entry. I felt like the boy who was good at sport and became the builder. I think had I received the education these boys got in Sheffield I too might have made Oxford. Watching made me realise how poor my faith school convent education was. Oh to have lessons like that! To have the confidence that those boys had to answer back and be accepted. This quality is also bestowed at Eton. I have never had this ability. Bennett's Sheffield school maybe more imaginary than real, I suspect.

However I was lucky. I have Oxford although second hand. My husband once said only go for the best as life is too short for the second rate and he was right. I had a crash course in the best for which I am extremely grateful.

That is why I am delighted Alan Bennett is included as it might encourage teachers to be more courageous and pupils to see what they should be getting. Strangely I featured in the life of Benjamin Britten and in a book published for his centenary my essay on Britten  first published in the Times is immediately after Alan Bennett's! Our education could not be more different both of us were outsiders but at least he had the advantage of being working class and a man. I am working class too although I don't sound it but a woman. Big difference. Thanks to Mrs Payne, Benjamin Britten and my husband I survived my education but think what I might have achieved had I been educated?

PS Forgive the typos as my spelling has not improved! 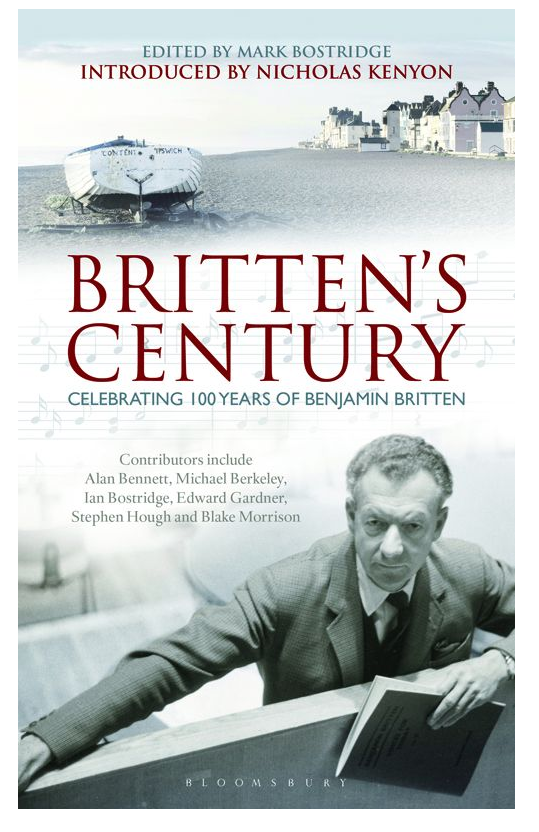 Posted by Janette at 1:13 PM No comments: