The Downside of not taking Selfies - Janette Miller 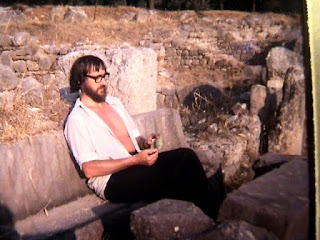 As you point your phone at everything from Notre Dame to a slice of chocolate cake, remember these images will take on significance only after you have gone - by Rana Dasgupta

There is a lot to be said for not taking photos but doing this does have a downside. My husband, who I loved dearly, hated taking photos. He said one should retain the moment in the memory, that this was far more valuable than having a photograph. He was extremely persuasive in his argument. Consequently we never took a camera with us all through our 30 years of a very happy marriage.
Then suddenly he died well before his time. It was that moment and really for ever after that I discovered he was wrong. I have very few visual memories of our time together or with the time we spent with our daughter when she was growing up.
Fortunately he relented, once, and I was allowed to take three rolls of Kodak slides on my box camera when we went to Greece. My parents took a few including a couple of out of focus on our wedding day. Only one video and on that occasion it was a song of which my husband did not approve so he started to lampoon it and make faces, very funny at the time but not now. In fact it is grotesque but it is his only visual memorial. He had the most wonderful voice and that too is missing. If only I had a recording of him saying "I love you darling" or "Hello, darling" as he did whenever I opened the front door. I could have done this if he had let me. I produce TV.
However we did sing every day for 30 years and right at the end of his life we decided to record a Schubert Song Cycle, Die Winterreise for our daughter to have something to remember us by. We recorded the first 12 songs but then before we were ready to do the second 12 he got his death sentence. With great courage he played and I sang the last 12 and this is really the only thing I have to remember him by as you can see in the video I have a few seconds of him playing the piano on video and I had to slow motion that to get enough and one small photo that shows how happy we were. Mark you what a way to go!
Miles Heffernan Appreciation - YouTube
Yes, I have a few photos of him left, from his youth, our Greek Trip and photos others have taken but not enough, not mine and few together. So the lesson is everything in moderation. Personally I'd go for it because you are a long time dead and I do miss him, funny faces or not.

Posted by Janette at 7:45 AM No comments: 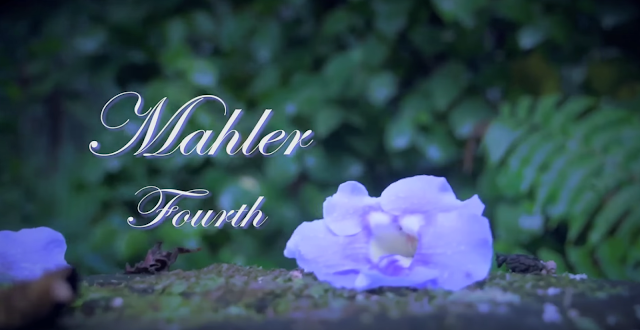 I love Mahler! It was not easy to get to know Mahler. When I was young in the 1950's Mahler was not on the musical menu. Hard to believe now in 2016!  LP records were expensive and not in my price range. On the whole I earned 10/6d a performance, my parents earned about £3 per week and an LP could cost £3 each!

Britten, who did a lot to  introduce Mahler to UK told me to listen to Mahler but other than giving me a ticket to one concert did little more to help me. It is hard to appreciate Mahler on one hearing so it was not until a trip to Zimbabwe when I stayed with a musical accountant that my Mahler education began. He could afford records.  I fell immediately in love with second movement of the Second Symphony  and Mahler in general especially his Wunderhorn Songs. They suit my voice and my sense of irony.

A friend sent me a midi of the last movement of the Mahler Fourth and I thought why not! I have never considered myself a concert artist but this  symphonic movement is perfect for me mainly because it is a child's view of heaven and I have a retained my natural voice. I resisted training to become a hooter as it was just not me. I am supposedly well past my normal sell by date but I still can sing! I sing with my whole body as a dancer dances. I have the ability to sing in tune, bang in the middle of a note and that helps. I love singing and why not?

This ironic symphony tells of a view of heaven seen through the eyes of ordinary beings who find themselves in a world which is not quite as expected. Nice but uncomfortable if one is unused to it and it fact for most inmates a bit, dare one say boring, if you don't like eating and singing hymns.
My cast are the delightful animals at Auckland Zoo who performed beautifully if a bit unpredictably. They are in a heaven which is perhaps not appreciated by all. They are all well fed, well looked after but.....!

Again the midi was just a piano version so I had the pleasure of orchestrating it in Garageband, this is such fun. The tempos are a la Leonard Bernstein, who has a delightful version on YouTube. Then I had the joy of learning to sing it. It is set either to high or too low so I have had to compromise. One or two nasty entrances. It seems both Mahler and Britten like the soprano to come in a beat late to the orchestra. Sounds as if you have missed your entrance but that's life. I can see the anxious soprano looking up at Mr Bernstein at that moment.

Then, the animals. Because of copyrights I have to own everything. Never filmed animals before. Takes time, five months to get just eight usable minutes but in the meantime easy colour correction of video has taken vast steps forward and the results are beautiful especially the flamingos who are truly heavenly birds. My personal favourites are the spider monkeys who are sensual and balletic. They live on an island where no human sets foot. In real life they are afraid of water and the ground and never set foot on it. But in heaven you can and they do. They have a freedom of intimacy that is a joy to behold as they embrace each other. No guilt of Adam & Eve for them.

Lastly the bit I like best the video editing where one gets to play God. One could never finish but there comes a moment when one must and publish to the world, a world that on the whole is not interested but I already have had one LIKE  and it wasn't from me! That made my day.