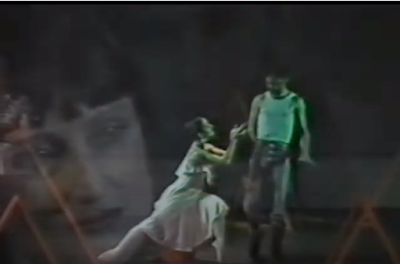 "Bard day’s work: what I learned from eavesdropping on RSC rehearsals

This is a reply that I wrote in the UK Guardian on 13 June 2021 after reading the excellent article above. It was rather long and indulgent but after nearly 80 years of rehearsals, I think I am entitled to it. Sadly the Guardian rendered it almost unreadable because for me the paragraph spacing did not work. So here it is in a more readable form.
( I have been very lax with blog entries this year! Must get going again. Oh dear, they have changed the editing format again, just like Prem Pro and Audition. Just get used to it and it is changed.)
I have been in theatre all my life from the age of 12. During this time I have been a ballet dancer with the Royal Ballet, an opera singer at Aldeburgh, a voice-over artist, a musical artist in London's west end and for the later part of my life a director and producer in theatre and TV. One has to be versatile to survive as fashions change. Most of my time was spent in the commercial theatre where life is very different to that of the subsidised theatre. I know about rehearsals. In the real world, rehearsals have to be short because until the event is produced there is no income for artists or management.
Sometimes the cast does not get paid. In my time the huge pantos had just 10 days of rehearsal during which the cast went unpaid. It is only in the highly subsidised theatre that one has the luxury indulgence of long and extended rehearsal periods. Rehearsals in the real world are meant to be short and professional artists get the hang of it very fast. They have to otherwise they would not get employed. With six weeks of rehearsal which could be done in days, the problem is what does one do with all this time? Rehearsing a Shakespeare play is not like a ballet. The ballet knows how to rehearse because it is necessary for everyone to do the same thing and to stay fit. Dramatic works are not ballet and because most dramatic works have many interpretations, it is necessary to have a director who can firmly say "Follow me chaps" and a cast that will follow his dream. To obtain this short sharp rehearsals are the best to achieve this. The worst outcome is for every member of the cast to have a different idea of what is wanted and time and encouragement to play around. Spending hours on hours on how to deliver one line can lead to disaster. Also, it leads to a lax attitude to learning one's part. When I was starting out I was a stage manager unpaid, for a director who was rich and wanted to experiment with this type of long rehearsal for a Goldini play. We had 4 weeks and he hired some wonderful actors for £9 per week, most of which are household names today. I will refrain from naming them.
The rehearsal period was lengthy, exercises with masks, long discussions of interpretation, long lunches in the pub and then production week in Welwyn Garden City. It became obvious to me that most of the cast had not learned their lines There were only two performances! As a stage manager, I was supposed to shout out the lines when the actors forgot as a cue but I thought as they had all been improvising for the whole of rehearsals and had been paid to do this, it was up to them to get on with it. The fuss when the curtain came down and they descended on an unpaid 18-year-old girl who had admittedly probably had as much professional experience as they had, having been a child in The Royal Ballet at Covent Garden where they did know how to rehearse!
I stood my ground and pointed out that if I shouted out the lines the audience would know they had forgotten them and I was happy to resign at that moment as I was doing this for the experience. Lesson! I learned then was that a shorter rehearsal period and actors concentrating on learning their lines would have resulted in a better performance. You have to be good at learning lines and no rehearsals as I was to find out in future. In opera, you have to know the part before you start this is not necessary for drama, in fact, it is easier to learn lines as you go along but at some stage, you do have to learn them.
I did have just one production with a long rehearsal period and by then I was experienced enough as a director to cope. I had a government work scheme and had to fill in about four weeks with a production of "The Seven Deadly Sins" by Kurt Weill. I had a small but tight opera ballet company who were used to working with each other in a rep situation. They knew each other well. My first attempt was a disaster, I got it wrong. This Weill was not Brecht and gloom but Hollywood and fun. My seven balletic Little Sins were most attractive and the real world the grimnosties.
It had to be played like a souffle. The work gave every artist an opportunity to shine. I gave the cast seven wooden triangles and they came up with some brilliant ideas. We had fun! You can see a snatch of this on YouTube. But it was my dream, the cast understood this, they liked me and trusted me, this is important, and it worked.
Artists are at their most vulnerable during rehearsals so the shorter the better for all concerned when they just have to get on with it. I am so glad I do not have to do this anymore. I am sure Shakespeare felt the same.
Posted by Janette at 7:58 AM