Our governments, it seems, are now spying on all of us on a daily basis that Stalin, Hitler and the Stasi could only have dreamed about, All our meta data is up for grabs it appears and as Cardinal Richelieu once remarked:

Give me five lines in anyone's hand and I can find enough to hang him.


Or that was the gist of what he said!


The only glimmer of hope is that IT moves so fast these days that  data may be held but is impossible to get at. Retrieval of even year old data is now getting very difficult indeed.  I found this out yesterday  when I wanted to re-edit a new version of one part of a Children's  TV series Dance Tales Story Ballets I made in 1986. It was my favourite and it was a finalist in the LA Monitor Awards for technical excellence. To my delight it was shown on BBC.

The Princess and the Pea was made on one inch tape but I had digitised it back in 2009 and min DVD tape is still the archival method of choice as it lasts so I had two fairly safe options! Think again. The computer operating systems have changed at least four times since 2009 and so have all the plugs on the computers so I could not plug the old hard drive in even if it did work which I found later it didn't.

I do have an old professional mini tape deck that still works but on this mini DVD tape the time code had become corrupted. Taking it off a DVD is not possible as the data is compressed. All VHS tapes are over 30 years old and although I do still have them they are possibly covered in mould and would ruin the VHS head.

I thought my programme had gone forever and then I remembered I had an old version of iMovie 6.0.7 on an ancient lap top if I could find it. iMovie used to be magic until it was upgraded. The new version is useless. This version is as good as any professional app which is possibly why it was removed as it was free and it worked. Didn't need 15 seconds of run up just went straight in and recorded it and at 10pm I got my four minutes to edit into the data I had managed to retrieve. I have never felt so relieved  in my life   when I saw those pictures that I had spent four years of my life getting, live again.

So governments may store data today but getting at it in a year's time maybe tricky. Their Operating Systems are up graded too and so are their plugs and old machines go mouldy fast.

Unless films and TV programmes are used and updated they will disappear. Dance Tales is a great idea and if I live long enough I can turn it into E Books that is why I do not put them up on YouTube. Now  I shall, as YouTube is a great way to store image data as YouTube updates constantly.  I shall put it up privately so the world will still not be able to see them but then I can download at will at any time the electricity is on. If the web collapses I still have the data at home.

I was pretty proud of myself last night. If I had had to pay to do it, it would have cost thousands in time and effort which I could not afford. Thank goodness for Lynda.com who taught me how to do all this. To my surprise I am really good with a computer although my friends never take my advice until their Windows Machines go wrong and then they are on the phone faster than one can say Windows 7!

I cannot help them! I have Applecare when things go wrong but yesterday not even Applecare could have helped me. 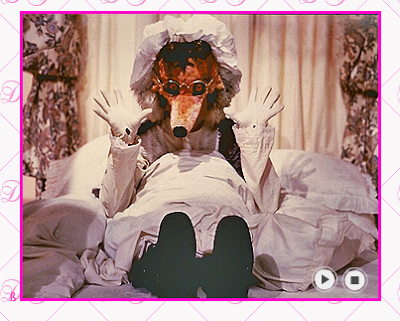