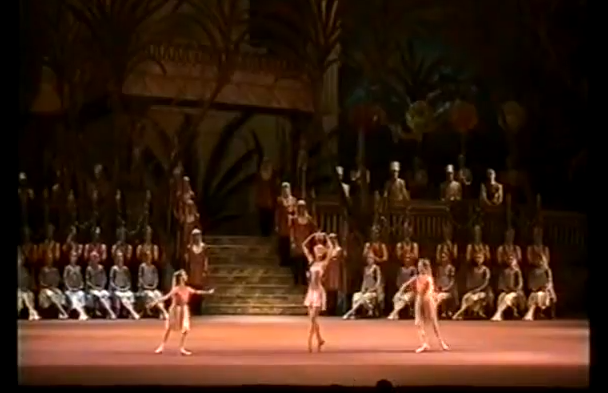 I adore ballet. I live in Auckland New Zealand so I get all my ballet fixes curtesy of YouTube. At the moment I am into a Russian Ballet binge as over the years I have lost track of their dancers. Both ballet companies the Maryinsky and the Bolshoi have most of their productions up on YouTube and the standard of dancing and production is out of this world. For traditional classical ballet there is nothing that can beat them at the moment if one allows for the fact that the Russian taste in scenery and over the top opulence may not be to everyone's taste. It is the overall standard of dancing that is so spectacular.

To my delight the Bolshoi is visiting London as I write to I have devoured the papers for reviews and comments on their performances as I am unable to go myself to see exactly what my countrymen think of this fabulous company. I was especially interested to find out if my favourite ballerina of the moment, they change over the years as newer ballerinas emerge, Evgenia Obraztsova faired.

Regretfully she was not featured in the reviewed performances but I was astonished that the whole of the Bolshoi's reputation seemed to hang on the performance of Blackamores dance  by a troup of children. This apparently was appalling and one commentator said it had ruined the entire evening.

I have to say, though, those children were really not cute. The idea of resurrecting blacked up piccaninnies is absurd in this day and age (though maybe not in non-PC Russia....), but rather more offensive in my view was to put those two little girsl en pointe for the jug dance. With he best will in the world, their little feet looked like pigs trotters. They probably would have been OK on demi-pointe.. Matilda 21

The blacked-up children capering around in Bayadère manage to be both offensive and dull, and – along with the parades of parrot-bearing slaves, drummers and fakirs – crowd out the details of the storytelling.
I agree that the children with brown tights and lightly blacked-up faces were embarrassing and the two little girls fearlessly hobbling around on point was downright right criminal, even though I did enjoy how they threw themselves in their dance with such enthusiasm! Dida Mitchell

I attended the Saturday Matinee and found the whole thing a totally dispiriting experience. As a casual balletomane I take it on trust that in this repertory the Bolshoi are non pareill but the production was beyond Kitsch.Was it necessary to have so many blacked up characters? Not only most of the male corp but the children? Blacked up young girls portraying piccaninny boys? Would the Royal Ballet dare? Why were the female corp and the principals pristinely white compared with what could be construed as a 'coon' show in the portrayal of a large part of the supporting dancers? (Sorry but I can't think of any other way to put it.
This was my first and will certainly be my last attendance at the Bolshoi. Kurwenal

So the reputation of the Bolshoi in London rested solely on the performance of this group of children which the audience perceived as Russian children, in bad taste and very badly trained. One commentator said he could not appreciate the rest of the brilliance of the company and soloists as it offended him so.

I am doubly disppointed that you eny me for something that left me so totally cold. My loss I feel.

I was amazed as I have seen this ballet by both Russian companies and the thing that impressed me was the competence and professionalism of their young dancers. Then it hit me. The Russians had probably picked up this troupe of child dancers in the UK for the three performances. Sadly it was UK British dancers that have blighted the reputation of this magnificent company.

I had a very interesting chat session with the reviewer Dida Mitchell as you can read. She filled me in as to exactly where these young dancers were trained and to my horror but not surprise they came from the Royal Ballet School and Sue Robinson School? Mitchell thinks and I agree, that the Bolshoi did not audition them but trusted these two institutions to come up with the goods. Sadly it appears they didn't and appear to have ruined the performance for many by being inadequate. I feel so ashamed of our ballet institutions for allowing this to happen.

I have felt for many years that the UK does not supply the level of training necessary to achieve greatness for our young and potentially brilliant dancers. The Royal Academy of Dancing is years out on its sell by date. It is known in the trade as the Royal
Academy of exercises. It used to be cruel as it failed many young dancers mainly on their body type. This I am told has changed but the lack of pointe work at an early age means that young dancers are not at home en pointe as was shown in when two young dancers gave an inadequate rendition of the famous Jug Dance from La Bayadere  which can be a delight as can be seen  at the first solo performance by the now ballerina Evgenie Obraztsova.

Ninette de Valois founder of the Royal Ballet School seems to have had a problem with children appearing in ballets and refused to let any children appear at Covent Garden. She herself danced as a child for Diagliev and may have had a bad experience so it is understandable.

I got my chance because two children were required for Petrushka in 1957.  I was the solution as I trained at Arts Educational which had no such hang ups. I am forever in Dame Ninette's debt for this. The Royal Ballet School seems to think that theatrical experience is unnecessary when young and that it can be supplied at a later date when I think the opposite is the case. The theatres are huge and the audiences vast so it is better to get used to this early while mistakes are allowed than later. I could never have managed as I did without this experience. By 14 I could take 2000/3000 audiences and huge vast barns in my stride. They felt like my drawing room or kitchen. I was at home.

The young UK dancers hurled en pointe to which they were possibly not accustomed and faced with an audience of over 2000 in a colossal theatre with little or no rehearsal must have been petrified. In Russia the children chosen would have been old hands as it were.

That the Bolshoi has suffered is a disgrace and it has suffered for not many in the audience realised that the young dancers were not Bolshoi trained but UK trained  and I hope it prompts UK ballet's powers that be to take a serious fresh look at the training of British dancers so they can at least reach the standard attained by the Russian schools.

Dancers need to be ready early, according to body shape and as some mature later these too should not be discarded as they are at the moment. The Vaganova method seems the best at the moment and have the chance to be attached to a working resident company to gain experience young. Everything else is playing at it and a waste of time. Competitions too are a false training as they concentrate on a few variations but not the entire repertoire.

My ballet school training and fact convent schooling was a disgrace. The educational schooling has got better over the half century but it appears ballet training in UK is still stuck in the 1950's. It is such a pity a our dancers deserve better.