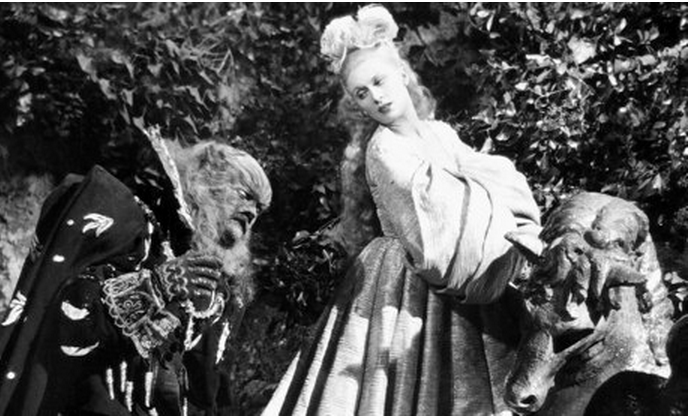 I saw this film for the first time in about 1948 on a very early 12 inch black and white television. Lord Reith saw to it that the limited BBC broadcasts were of top quality.

I was four/five and this film scared me stiff and fascinated me at the same time. I was very precocious and even then I knew I was watching something truly remarkable. The hands holding the candelabras, the falling petals, the blowing curtains. I was so terrified I did not watch it the end and it is only recently that I completed the film on YouTube which is no longer possible as it has been taken down. I had not missed much and it was just as I remembered.

I am so pleased the the British Film Institute has shown the film. It seems it has been made into an opera  by Philip Glass but the original sound track is the one for me. That was scary too.