Meghan Daum Criticising The Unspeakable in the Guardian 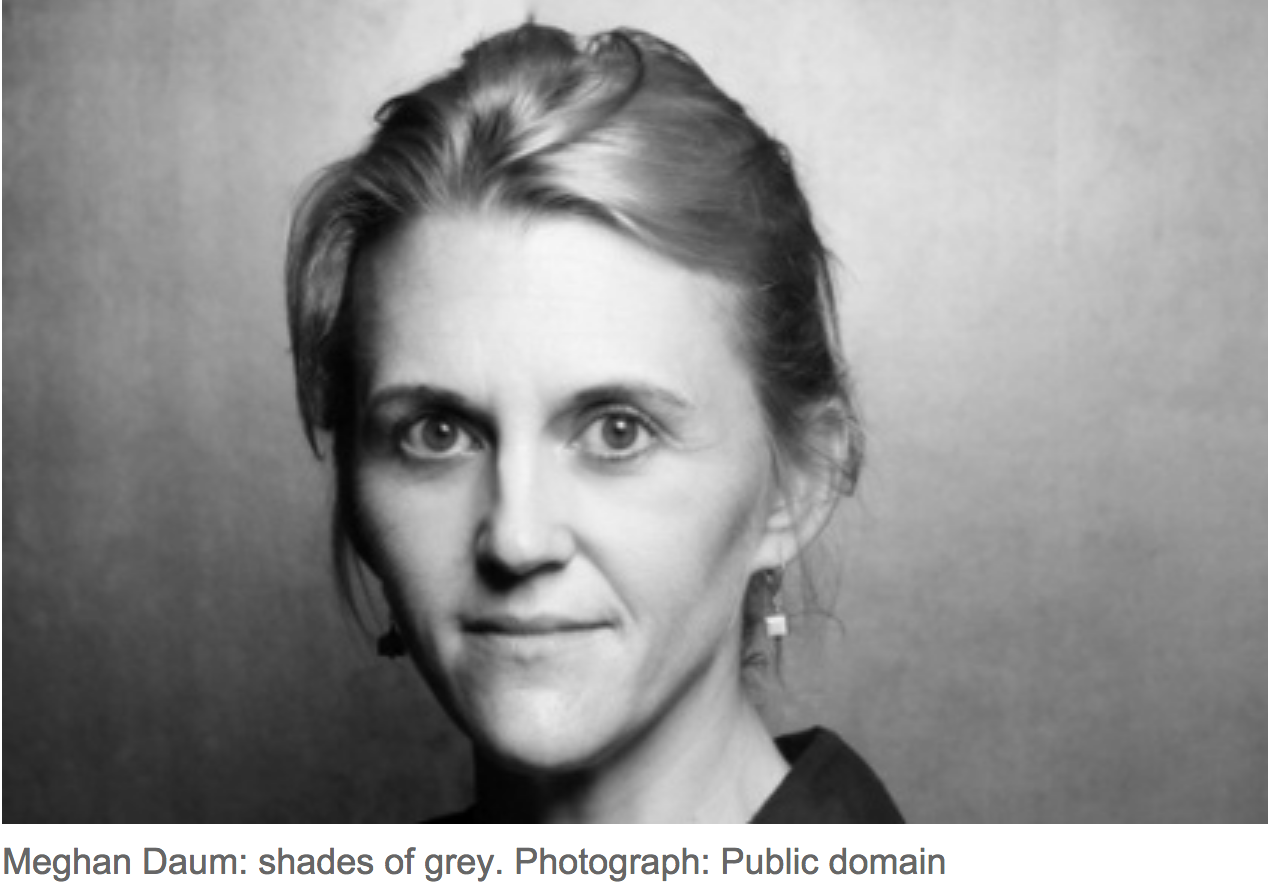 Meghan Daum: 'I don't confess in my work – that implies guilt'
The essay form is booming – particularly among women writers. But there’s a subtle difference between putting yourself out there and letting it all hang out. Guardian

Meghan Daum write essays on The Unspeakable and other subjects for discussion. It is her stock in trade. She writes frankly and it is written to shock. However  it appears whenever someone, like me who found the essay  in The Guardian on her mother a diatribe of hate, self indulgence and naievity  and commented on it in fairly mild language I was moderated!

I must admit I was miffed! I had spent a good half hour polishing my prose and there is absolutely no doubt I had not contravened any community standards except to say that I found this essay unpleasant and from Meghan Daum point of view unwise. I re-commented protesting but that too was removed.

If I had been at fault I should have left it there. Unfortunately I had not taken a copy. I do take copies when dealing with belief systems as these can easily be moderated. So in the interests of free speech I decided to write about this in my blog. What else are blogs for?

I decided to do some research and I found the first article above and Megan Daum's intention to write about the Unspeakable! The irony struck me immediately that whereas Ms Daum is allowed to say what she likes about her mother and grandmother I am not allowed to say what I like about Ms Daum or at least somebody in the Guardian thinks not.

So what did I say that was so unspeakable? I did start Wow! that was indulgent perhaps a mistake but I went on to say that hating one's mother and grandmother is part of life. It is the way human's evolve and that she ought to know this.  I said that I had never forgiven my parents for sending me to the local convent from which I have never recovered and my daughter has never forgiven me for making her too successful and no doubt her daughter will rebel as well. It is what humans do.

I pointed out that family death bed scenes are no longer necessary.  Death comes to all of us and we have to face it alone. The last part of life is grisly for everyone and it is best to deal with it alone. People who are dying are usually bad tempered and difficult and it is best to do this in private.

Writing about it in such a frank way is like going to confession in public and asking for public absolution. It leaves a nasty legacy for her grandchildren who will possibly feel that as their mother treated their grandmother so cruelly they have permission to do the same.

I quoted from a poem that says children inhabit a world that we cannot enter  and that was about it!

I failed to say writing a diatribe against someone dead who cannot answer is unfair and nasty. Her mother did not deserve such treatment. Ms Daum is proud of the fact she never once lauded her mother's achievements during her lifetime. Her mother probably never expected her too. Parents don't. Making money out of her mother's death which she just sat back and watched  I find unacceptable. I wish I had and now I have so I feel better. I can be frank too.

I am always suspicious of any moderation on YouTube or the Media when comments are turned off on purpose or in this case any negative comments are removed. However this does not stop me commenting as Freedom of Speech requires eternal vigilance.