Auckland's SkyPath take heed, human stampedes are not one offs! 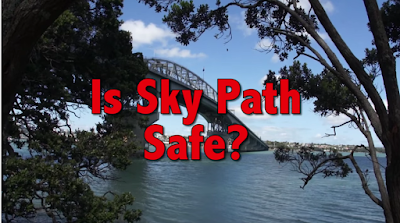 The SkyPath proposed for the Auckland Harbour Bridge it is still on track in spite of the dangers that are known to exist. The promoters are still certain that it will be built sometime next year in 2016. They plan a 4 meter wide, 1.2 kilometer enclosed tunnel for pedestrians and cyclists to share with just two exits which are just 5 meters wide and blocked by turnstiles. At peak times the Auckland City Resource consent  plan says officially that for three hours on a Saturday and Sunday there will be 5000 movements per hour at least and that 2000 people will be on  the SkyPath at any one time. They are quite happy with this.

2000 people, packed in a tunnel with 2.5 square meters each with nowhere to escape in an emergency. 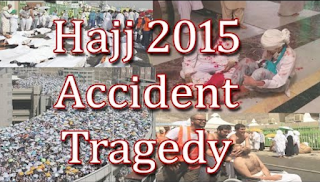 Since the hearing which SkyPath won there have been two horrendous human stampedes/crushes both of which could happen with SkyPath. The first was at this year Hajj where 1600 people were crushed to death in streets that were unsuitable for such huge numbers. The streets at Northcote Point are in this category. There is at present no way that 14,000 rising to 20,000 people can be accommodated on a Saturday Afternoon without serious danger. There is nowhere to escape in an emergency and no way fire engines and ambulances could access the area. It would be hard even with no crowds but with even a small panicking crowd impossible. One has to be able to evacuate large number quickly and safely.

Today was the Romanian Bucharest nightclub fire  where out of 300 people 27 are known to be dead and 128  seriously injured. The death toll like the hajj is sure to rise. The one small exit was not enough for 300 let alone the 2000 that could  occur on SkyPath. In Romania there have already been calls for manslaughter charges to be laid on the people who allowed this and this should be a warning to those 4 independent commissioners and SkyPath that their lack of concern about the danger of their proposal could lead to criminal charges if anything goes wrong.

Yes the photos are uncomfortable to look at. This link is a horrific example of what could happen. These stampedes are totally preventable and the danger should not be ignored but at present when it comes to bicycles and pedestrians all safety concerns are overlooked as the risk seems low but as shared paths become the norm the accidents will rise as they have in Denmark where the only research is available by 47% for cyclists and 27% for pedestrians and these are not in an enclosed cage but on paths where people can run out. In SkyPath one it trapped with nowhere to go.

Fortunately those in power do realise the dangers. Simon Bridges the Minister for Transport arranged for me to meet with the NZTA who were very reassuring.  SkyPath as it is shown, as yet no plans have been lodged, will have to undergo a thorough safety examination and that means solid scientific research of which there is none at present. The Minister and NZTA know that they cannot ignore the danger even if Auckland Transport, The SkyPath Promoters and the Mayor of Auckland can. Hopefully the environment Court will be more sensible. The impact is huge.

Auckland does not need a human crush of any kind. It would be better for all if the cyclists and pedestrians wait a little longer and use some of the lanes on the Bridge that will become redundant when the new harbour crossing tunnels are built. This will cost Auckland nothing, be free and what is the most important safe.