To all those who struggle to speak French the way the French do it. Janette Miller 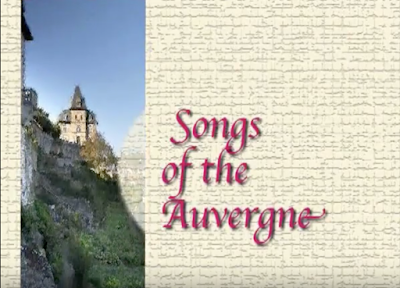 I have been trying to speak French all my life with no success as nobody in France will speak to me in French when they hear my English except at railway stations where nobody speaks English. I started to think. Why is learning speaking French so difficult?
Yesterday it hit me. Bit late, I am over 70 but it hit me. The French way of saying things is completely different and unless we  English, learn to think the French way we shall never do it.
I never had this problem with Latin, Yes at school I learned Latin. In Latin, the verb goes at the end of the sentence. That is so odd that it is fun to speak in this manner. Children went around speaking English as though it was Latin. "Oh George, on the chair, sit", "Steven to the gym, go" we carried on conversations like this for days, and teachers too and we all became very good at it. After a bit, it did not sound strange and we gave it up. But after that, the verb at the end of the sentence did not feel odd and made life so easy. Why didn't we do this for French?
By coincidence, yesterday I translated a few pages of "The Tale of Peter Rabbit" for educational purposes into English the way the French say it and it sounds very strange indeed but it does not sound strange to the French and this is the way we have to think if our French is to be beyond the well I learned this phrase, now how the hell can I adapt it to this situation.
I won't bore you but here are a few examples spoken in English the way the French say it.

I choose an easy children's book by Beatrix Potter which most of us know by heart.
To begin The Tale of Peter Rabbit becomes Pierre Lapin, The Tale is untranslatable. French don't do Tales as we do. History, stories, fables, yes, Tales? No. Of course, it is a pun too, but the French, on the whole, do not do puns.
Read carefully each word as you will skip the best bits:

He there had a time four little rabbits who themselves called, Flopsy, something, Tail of cotton and Peter. They remained with their mother in a burrow, sandy, dig under the roots of a very large fir.
"Today my darlings," said Mother Rabbit "I you will allow of to go in the fields, or of to descend the path, but not enter not in the garden of Mr. Mac Gregor.
An accident frightful arrived at your poor father in this damn garden. He was caught and placed in pie by Mrs. Mac Gregor.

Now, know you; and not make not of mistakes.

Me! I go to the provisions"

Mother Rabbit takes his basket and his umbrella. She crosses the wood and then herself there goes home the baker to buy a loaf of bread, twice and five buns.


Now if you translate this word by word into French it will be perfect. See the problem?

This is how the French say it and why it is so hard for us to translate off the cuff. This is the way the French think and this has to be taught if we are to succeed.
Thank goodness God speaks English! (Irony)

To finish here is just one of the three occasions when  I could not find anyone to speak English at a time I really needed to be understood. All three disasters have happened at railway stations.


I was in Karlsruhe Station in 1990, the second-largest city in the state of Baden-Württemberg, in southwest Germany, near the French-German border. I wanted to go to Venice! It was 6 pm and a long queue behind me.
I speak English beautifully ( I do)  and a little German badly. I asked for two tickets to Venice. Absolute consternation. Not one person in this large station had heard of Venice! The whole station came to a full stop.
"Venice, Venice, Venice!" I repeated over and over again. The crowd muttered and after a minute someone tried. Wein? I didn't think that sounded right. I had no idea where or what Wein was that night. (Vienna is the translation).
Everyone became more and more frustrated as I tried to buy two tickets to Venice. I thought everybody in the world had heard of Venice. Not it Karlsruhe station.
Eventually, after a good three to four minutes of impasse with tempers rising to fever pitch, somebody way down the queue suggested Venezia. That sounded promising, everyone heaved a sigh of relief and I got my two tickets to Venezia keeping my fingers crossed that I had the correct translation.
Usually when I travel and I travel a lot I am not allowed to try to use my foreign language skills as tout le monde likes practising their English on me, which is understandable, but in stations I have found nobody speaks English, Brussels, Paris, Karlsruhe, not a word of English is understood especially when one is in a hurry.
So if you don't speak German and French fluently stay away from Railway stations!

Below this French Folk song really should be sung in French. I have never dared to do this!
Posted by Janette at 10:18 AM