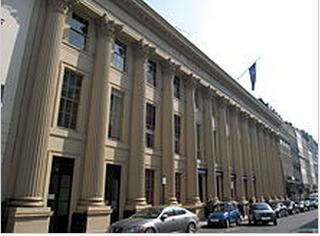 Is the game up fo the Royal Institution ? (of Science for those challenged in this area, I speak from experience as you will see if you read on!). I do hope not. Up until I married my GP Oxford educated husband in 1972 this hallowed hall of learning was really the only occasion when science and I collided and even then it was not until many years later that I discovered I had been an extremely privileged young lady.

In 1964 I had been a successful professional musical singer in London. I was appearing in The Desert Song at the Palace Theatre Shaftesbury Avenue. I also frequented the Variety Acts Club which booked cabaret acts and it was there I met a young baritone who asked me out to coffee. He was not after my body but after advice on how to work in my field. I was not much help as I too would have loved to know how to work in my field. I had been lucky!

As payment for this advice I was taken to the Royal Institution, an organization of which I had never heard at the time. My science education had been sadly lacking at all my schools. It was impressive and I thought I better look impressed. The young man was the librarian and I was duly ushered into the famous meeting room where he informed me that all the fellows of the RI meet. It had a beautiful Adam/Georgian table, I recognized that at least and walls lined with books in white gilded cases.

The librarian took out his key and removed a large, old leather bound book. It was the Principia Mathematica by Sir Isaac Newton, one of the most famous and valuable books in the world. He put it on the table and allowed me to handle and look at it which I did. I may not have known what it was but I have always loved old books. If only I had known what is was I was handling! I would now. After a decent amount of time he locked it up again. 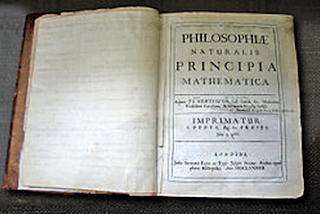 That was it! It was only many years later I realized how lucky I was. My husband quickly filled me in and gave me an excellent Science education for which I am extremely grateful. In fact one of my little YouTubes has made it onto A Best of Science List and it mentions Sir Isaac!

It would be a pity to lose this famous building and I do hope that my country  has enough common sense to save it for further generations. Schemes to make money can sometimes go wrong and this it appears is one that has, scientists are not banksters but that does not mean the building should not be saved. I have every confidence that it will. 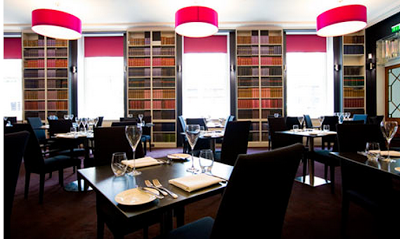