A Disgraceful Year with The English National Ballet 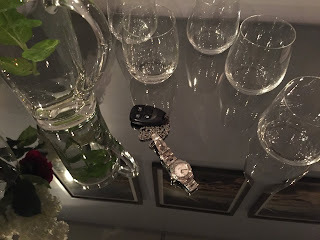 In 1947 when I was four I watched the opening of Belsen on BBC Television. It put me off God for life. I knew at that moment that any God who allowed those horrors was no God of mine.

Last night I had the same revulsion to ballet after watching The Agony and the Ecstasy: The English National Ballet I found the content of whole series appalling and disgraceful. According to this series the way the company was managed appeared to be amateur and cruel and I am surprised  that Wayne Eagling remains the artistic director and that government funding continues for the company and it seems I am not alone.

I ran a small professional opera ballet company for 14 years with no funding and under continual financial difficulty. I am a woman and this was the only way for me. I was forced to do it myself so it was with great educational interest that I watched the  programme to see how my peers ran their companies. Here was my chance to learn how to do it properly. I have no wish to do it again but I was naturally intrigued.

What I saw shocked me. I had no idea that a ballet company could be run like that! If I had managed my company small though it was like that I should expect to fail and receive no funding.  What shocked me most was the disrespectful manner in which the dancers were treated by the management, the artistic director and the male choreographers. These wonderful talented artists who give their lives for their art were treated like dirt. If I had ever treated a dancer or singer as the dancers of The English National Ballet appear to put up with daily my dancers would, rightly, have walked out and I deserved to be prosecuted for abuse .


Their undervalued  and loyal ballerina Daria Klimentova was embarrassingly and distressingly treated. The company does not deserve her.  Derek Deane the choreographer of Swan Lake at the Albert Hall was a tyrant. His remarks on camera showed he had nothing but distain for the woman and dancers who were to save his career on the night.


It was not Klimentova's fault that the company had failed to get a Visa for the Russian ballerina.  The Management should have arranged one the moment the Russian ballerina had been hired possibly a year before. To leave it until a day before the ballerina was needed and be refused was their fault and bad bad management. The management had also failed to see that the conductor had attended rehearsals. He only turned up for the dress rehearsal and of course it was chaos. The conductor who may have been excellent at other times had no idea of what he was doing and damn near wrecked the whole thing. This should not have been allowed to happen.

Klimentova was expected to step in at the last moment  not only with the orchestra in chaos but with a talented but inexperienced 20 year old Vadim Muntigirov making his debut in a star role at the Albert Hall. Deane's treatment of her was a disgrace. He refused to speak to her after the dress rehearsal as obviously he felt her performance was inadequate. This is not the way to get a performance out of anyone. At this moment Kilmentova should have left.

The saddest shots were of Kilmentova and Muntigirov waiting to go on for the hellishly difficult Act III Black Swan pas de deux. They were in a corridor looking like frightened, naughty children facing a firing squad. Yet these two were supposed to go out and pull this management and choreographer out of the shit.


Wayne Eagling's behavior was simply grotesque during the rehearsal period of The Nutcracker. Because of his lack of preparation and his strange way of working he had not finished the ballet. His answer was not to let the dancers have a run through. Eagling is a dancer himself! It was only because of the professionalism  and loyalty of the dancers that this company scrapped through the opening night. Again it was Kilmentova who got them out of a disaster.

I think if this is the way ballet is achieved these days it is about time all grants were withdrawn. Ballet in my day was never run like this. If I were a mother today my children would not be encouraged to become professional ballet dancers.

But why I ask myself is Wayne Eagling still the artistic director? Even if this ballet management method gets results it is surely unethical? Ballet is not a gulag or a concentration camp where inmates starve and worked to death for art.


I was revolted and I want no part of ballet if it is run like this today.
Posted by Janette at 11:09 AM