Hypothecation or How to Have your Cake and Eat It

Have you heard of Hypothecation? I hadn't until I watched Russian TV The Keiser Report. I thought he was joking but when I looked up  Hypothecation in Wikipedia there is was just as Keiser had defined. In fact it was the definition Keiser used.

The first is the common definition but scroll down a bit to the Rehypothecation section and this is where it begins to get scary. 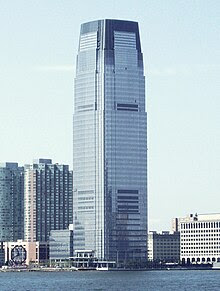 Goldman Sachs Tower – banks that provide Prime brokerageservices are able to expand their trading operations by re-using collateral belonging to their counter-parties.
Re-hypothecation occurs when banks or broker-dealers re-use the collateral posted by clients such as hedge funds to back the broker's own trades and borrowings.
In the UK, there is no limit on the amount of a clients assets that can be rehypothecated,[3] except if the client has negotiated an agreement with their broker that includes a limit or prohibition. In the US, re-hypothecation is capped at 140% of a client's debit balance.[4][5][6]


That means the world's banks, if they use the City of London, can have their cake and eat it and go on eating it for as long as they like. They use our savings over and over again and eventually you and I will pay.

Like a second mortgage the UK banks can take out a second loan, and a third loan and a fourth loan  ad infinitum all on the original deposit which you and I gave them for safe keeping. They just eat our cake and go on eating.

If I can see this is a mess why can't our leaders?

I never thought it would be Russia TV that would point this out. Russia is not part of this great scheme of things and can take a more objective view as Russia can sit back and watch the West crash safe in the knowledge that it is rich in natural resources and can survive.

Be warned. Innocence and ignorance are unwise traits.
Posted by Janette at 5:34 PM