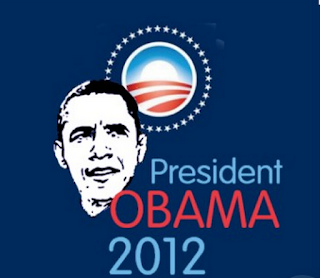 It is with some relief that I congratulate the USA for voting Obama and the Democrats back in the driving seat for the next four years. It was a close run job. Let us all hope that the bickering and filibustering will be a thing of the past and the USA can get back to being the country it could be.

Perhaps now is the time to point out the the Republicans picked the wrong man. Romney is so steeped in his belief system that anyone with any sense would be scared stiff of giving him any power at all. Even a quick glance at the Mormon agenda on Wikipedia foretells that the Mormons would if they could take over the world. All through their short history they have been welcomed and then turned away because the Mormons are not inclined to have it any other way than their way.

I did not really understand Mormonism until I watched the Sky History Channel documentary a couple of days ago. I was both shocked and horrified.  Reading up on Wikipedia confirmed my disgust.

Any modern woman would instantly be alienated against such a candidate. The repeal of abortion laws is enough to put any young women against them. Homosexuals too would have a ghastly time under Romney. The Temple Underwear is enough to put the rest of us off. I can't help looking at Romney  and imagine him wearing it.

Mormons will do anything that is required to achieve their goals.  The end justifies the means for them. They do not mind being persecuted and in turn see no difficulty in persecuting and if necessary killing others. The Mountain Meadows incident is a horrible example of a cult out of control. Romney made his 250 million by exporting jobs to China. It made him a fortune. To him being poor is your fault. You should look after yourself. He has!

When it comes to science the Mormons believe in Creationism and even have a Conservapedia  as an answer to Wikipedia and encourage their children to use this when researching biology. I thought this site was a joke. It wasn't! Conservapedia is 100% for real. Romney is 100% Mormon. How can you have a USA President who shuns The Modern Scientific Theory of Evolution? It seems anyone who votes for Romney can.

Lastly Mormons believe in Plural Marriage. It is revealed dogma. They refrain from polygamy at present because it is forbidden by USA law but with a Mormon President  who knows!

I wish Obama luck. He is not the strongest President the USA has had but at least hopefully he will do no harm