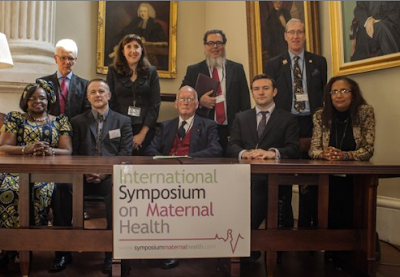 The above are members of the Dublin Symposium on abortion who in the light of  Savita Hallappanavar's medically unnecessary death ought to be ashamed of themselves.

"Dublin – A major medical symposium in Ireland in September of this year concluded that abortion is not medically necessary to save the life of a pregnant mother.
About 140 Irish medical professionals participated in the International Symposium on Excellence in Maternal Healthcare. The symposium featured a panel of world-renowned experts in the fields of mental health, obstetrics and gynecology, and molecular epidemiology who presented their cutting-edge research and data gathered over years of clinical experience.The symposium expert committee released its conclusions in the Dublin Declaration on Maternal Healthcare, which states


Being the wife of a GP one sometimes gets to hear about life in its ugliest form. My late husband only ever discussed two of his patients with me one of which was an illegal abortion he visited in Hammersmith late one night years before he married me. He never forgot it and neither have I.

Miles arrived at a squalid flat to find a young girl bleeding to death. She had been aborted with a piece of wire, Miles said it looked like a coat hanger. The place was covered in blood. There was nothing he could do and the child, Miles said she was little more than a child, bled to death in front of his eyes.

He said cleaning up illegal abortions was the worst part of the job. Miles found medicine  in all its guises unpleasant but this was the worst as it was so unnecessary.

What happened this week in Ireland in the name of God is a disgrace. The priests and the Irish public who are so scared of the clergy that they allow this to happen in the name of their cruel God ought to have to clean up after an illegal abortion like the Germans were made to clean up concentration camps.

For any young woman living in a Catholic, an Islamic or  Hindu country is in danger of her life.

Savita Hallappanavar did not need to die. The cruel system of which the Pope is so proud failed her. She is too pretty and intelligent to be killed in such a barbaric manner. She was not even a Catholic! Belief systems have a lot to answer for.