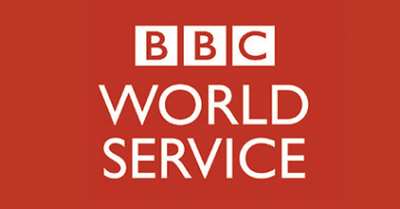 Kia ora from the Land of the Long White Cloud (NZ if unfamiliar!)

I have been listening to BBC World for many years and this morning I was invited to write to and give my opinion on the present state of play sort of an end of term report.

We all realised that owing to current financial conditions BBC World was going to change however I did not realise that this meant that other than news programming which is still good, down from excellent, this would mean for me here in NZ a basinful of religion, african programmes and wall to wall  football. The weekend is devoted to football. The other bone of contention is Asia Business Report. Hours of it and it is useless. Anyone engaged in business would find this useless.

I am not interested in Africa! China? Perhaps, India? Maybe, Africa? NO!

I am not interested in religion of any kind since I discovered Adam & Eve do not exist, could not have sinned so no need for any redeemers of any flavour. For heaven's sake these relics are belief systems. Anyone listening to BBC would think they were a scientific fact and worthy of respect.

Lastly I am not remotely interested in football, cricket or sport with perhaps the exception of the Olympics and Rodger Federer.

I am now deluged with religious programming with no right of reply and now weekends are a no go area. Sport! I am not interested in live football commentaries. Ronald Regan gave a very good explanation of just how these were done and I couldn't give a stuff for the Premier League what ever it is and yet that is what the BBC gives us. Who cares?

Thank goodness for RussianTV. Never thought I should say this but is it so watchable. It is unbiased and the presenters are beautiful. Very high production standards.

Cut the religion, cut Africa especially any live phone calls which are painful and cut the sport down to acceptable levels. Bit more music and that does not mean hours of jazz or heavy metal and a few more documentaries. Science is quite acceptable.