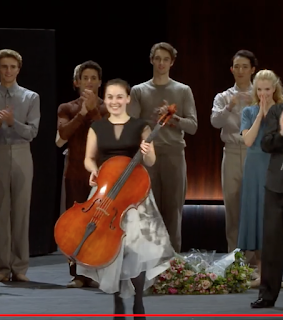 When I was at the Guildhall School of Music & Drama I never realised that the life one of my colleagues would be made into a ballet performed at the Royal Opera House, Covent Garden as we sat drinking tea out of huge white china cups in the local Fleet Street workman's cafe. In those days Jacquline du Pre had very short cropped red bobbed hair but she was already "special" and it was no surprise that she won the Gold Medal for musicians in the same year that I won the GSM&D Production Prize and Michael Jayston won the prize for Drama. We were a very talented lot but this would have surprised us all. 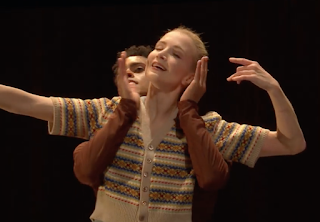 I am not sure what she would have made of it but I was surprised and delighted at the result even though I think the true story which was not all roses for her and her family could have been even stronger if this could have been postponed a couple of years until all the supporting cast could be portrayed more realistically. Regretfully the ballet leans on sentimentality which is not a bad thing as it touches us emotionally at the moment of performance when not a dry eye in the house seems fitting but later one when one gets a grip on oneself I always feel slightly annoyed as I did after watching "Song of Bernardette". Du Pre's life, glittering career though it was and full of promise, ended up in tragedy for all of us.

Lovely choreography, dancers were wonderful as usual and splendid production. Well done! Took some courage to mount this.

PS. I was glad to see that the Royal Ballet gave the young dancer who played the youthful Du Pre the correct curtain call. She deserved it but also could have deserved a bouquet too! The Royal Opera House should have a few spares on these occasions. Fonteyn used to have a standing order at the local florists for her bunch of pink roses, not red, from her missing husband. I feel sure the budget could run to it. 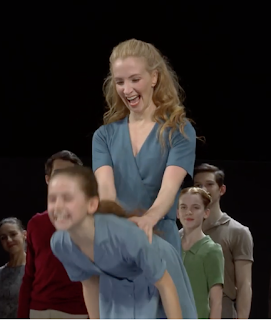 Well worth watching!
Posted by Janette at 9:54 AM