Who wrote Shakespeare? Who cares? 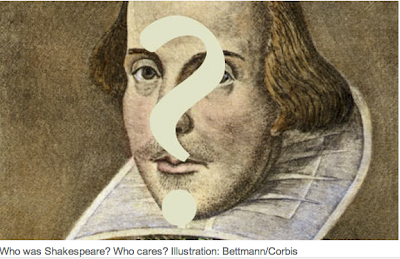 Shakespeare's identity is much less interesting than his plays
A new book attempts to bury the endless disputes over who he really was. But surely it's the plays, not their author, which deserve attention?


There is nothing wrong with this. Writers write about what they know and some writers have fascinating life stories better than their novels. Shakespeare is perhaps an exception because we know so little of his life.
Jane Austin had a rather secluded life but she knew about the difficulties of finding a suitable husband. She never did and all her novels stop at the altar. All the Bronte sisters had strange upbringings and these appear in their novels. Ann Bronte wrote about the horrors of drug and alcohol abuse because she witnessed the fall of her brother. The true story is perhaps the stronger.
If one wants to enjoy Marcel Proust it is almost essential to read a biography as he wrote about what he knew. Keats, Shelly, Byron too wrote from experience. Benjamin Britten never composed an opera that dealt with heterosexual love.
Read and enjoy both. The biographies show why the writer wrote as he did.
Who cares anyway who wrote Shakespeare! Let us just be thankful someone did!