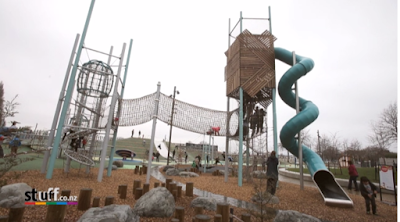 Screams of terror and excitement were heard across central Christchurch as children flocked to the the Margaret Mahy Family Playground's "scary" new slide.
The eight-metre spiral slide opened on Sunday as the latest addition to the park, which opened in December. Stuff

Yesterday Christchurch's newest children's attraction The Towers of Terror  at Margaret Mahey's Family Playground  was closed because it is dangerous. It seems that the unsupervised children attacked the tunnel from both ends!

The tower of terror slide at Christchurch's Margaret Mahy Playground has been closed just weeks after it opened.
The eight-metre spiral slide and three towers opened in June as the latest addition to the popular park, but safety concerns forced park management company Otakaro Limited to close the towers.
Otakaro Limited spokeswoman Annemarie Settle said the decision was not made lightly.
"It comes down to trying to strike the right balance between safety and excitement. Kids obviously love the slide and the scariness adds to the excitement but it's our job to make sure it is safe for everyone," she said. Stuff

One look at the design should be enough to tell the powers that be that cramming unsupervised children into cages and tunnels with no means of escape was slightly unwise to say the least.

Common sense should have told anyone at Health and Safety that as children will be children this is bound to happen and it could be difficult to get them out. 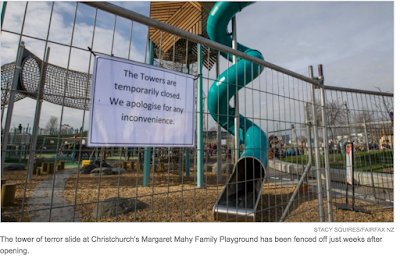 Now I come to look at it Auckland has a grown up version of this concept  in the design stage but it is a slightly larger a1.2 k, 4 meter tube with two blocked egresses. It is called SkyPath! 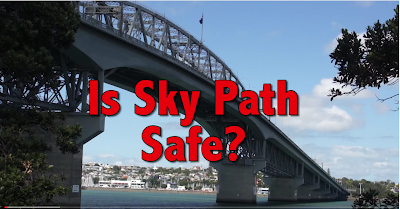