SkyPath - Does Generation Zero want to pay for SkyPath? 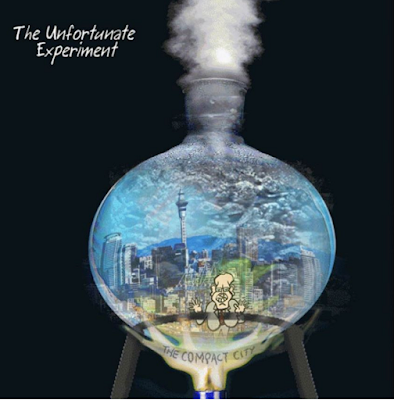 Auckland Council votes to fund SkyPath tomorrow although they may not be entitled to do so! The decision cannot be reversed. This is it!  But do Auckland  Ratepayers know what they are signing up for? That includes Generation Zero.

Tomorrow Thursday 21 July 2016 The Auckland City Councillors vote on underwriting SkyPath. This is a momentous decision as it will mean that whatever happens in the future, for example SkyPath at just 4 meters wide and 1.2 K long with a low headroom and steep gradient may not be usable as a shared path because the accidents that are bound to happen when pedestrians and cyclists share the same cage. No research has been done in this field it, Auckland Ratepayers take the risk.

If this happens SkyPath may not be able to function but the Auckland Ratepayers will be stuck with it. The Ratepayers will have to pay the full subsidies as if  SkyPath was open, up and running. This is just one scenario but SkyPath has many other clauses that safeguard its investment, like compensation if NZTA allows cycling and pedestrian lanes  free once the second crossing is built. This will continue for 25 years!


The Council should have notified Auckland Ratepayers under the current 10 Year Plan but have failed to do so. Without this notification and consultation this vote should not take place and in fact the Northcote Residents Association has asked that this vote be deferred until it is included in the next 10 Year plan so that Auckland Ratepayers have a better idea of what they are being asked to back. It is not the senior citizens who will be paying for Skypath all their lives but Generation Zero.

SkyPath is unique. Nothing like it has been tried before anywhere in the world. For those who know nothing about SkyPath’s operational problems, and for those who find SkyPath’s visual images and promises appealing, there is widespread support for SkyPath. However, Council’s Agenda reports and media seriously misrepresent the level of opposition that exists to SkyPath’s implementation.

In particular, Councillors should know that every community organisation, yachting club and residents’ association directly affected by SkyPath, has formally notified the Environment Court of its opposition to SkyPath’s implementation. Those organisations democratically represent more than 13,000 directly affected people and include RNZYS, WMUA, RYC, PCC, SMBA, HBRA, LSBPS, NPHPS and NRA.

It will be interesting to see how many of the present councillors do the right thing by the Ratepayers and decline  to vote until Aucklanders are better informed.